Robotic Scientists at Tokyo Metropolitan University have built a cute little quadruped with legs that include a grabbing hand that “feels” object’s pressure and ground. It’s able to use those hand to climb vertical handrail-free ladders fully autonomously.

The autonomous system was trained on this specific ladder. But in future it can be generalise to every system so that it can climb new ladders without prior training. 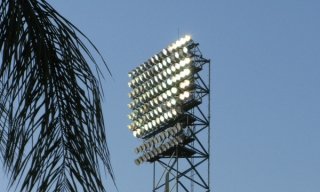 Robots technical assistant  that can avoid humans to climb high ladder for tasks like changing a light bulb in a stadium.

Help from a Robot

Behind the scenes of our factory of the future : FAUB is a partnership of automation and manual work to assemble Boeing fuselage. Human teams load and set the panels, then the robots are moved in to help install thousands of fasteners to connect the sections. Mechanics are able to move the robots and massive parts around on automated guided vehicles.

But Boeing is reporting handing the “robotic” job back to machinists due to errors and adjustments required for custom parts.

After enduring a manufacturing mess that spanned six years and cost millions of dollars as it implemented a large-scale robotic system for automated assembly of the 777 fuselage, Boeing has abandoned the robots and will go back to relying more on its human machinists.

Boeing said Wednesday it is reverting to an older approach that “has proven more reliable, requiring less work by hand and less rework, than what the robots were capable of.”  The system is still not perfect and  may require additional iterations.

Give me an “Handler” and I shall move the world

Handle is a research robot that stands 6.5 ft tall, travels at 9 mph and jumps 4​ ​feet vertically. ​It uses electric power to operate both electric and hydraulic actuators, with a range of about 15 miles on one battery charge.

​​​Handle uses many of the same dynamics, balance and mobile manipulation principles​ found in the quadruped and biped robots we build, but with only about 10 actuated joints, it is significantly less complex.

Wheels are efficient on flat surfaces while legs can go almost anywhere: by combining wheels and legs Handle can have the best of both worlds.

“Hello human, here is a package for you “

Amazon is heavily using robots for package delivery and storing. They simply could not keep the heavily volume of delivery.  Lately also Yanxed build its delivery robots.

Amazon’s Scout is an electric-powered delivery robot and has begun testing six of the cooler-sized, six-wheeled robots. Initially, the Scout robots will operate Monday through Friday during the daytime for delivery. Each will be followed as they make their way on their delivery route by an Amazon overseer.

The "Robotic Era" is finally here?
Total Votes: 265
×
You or your IP had already vote.