OpenAI and Dactyl robotic research brings us step further: they built a robot hand that can learn to perform a variety of real-world tasks without needed to be specifically programmed.

“The robotics team at OpenAI have very high ambitions. We’re trying to build a general purpose robot. Similar to how humans and how our human hands can do a lot of things, not just a specific task, we’re trying to build something that is much more general in its scope.”

To achieve the task Dactyl AI is “virtually” loaded with 100 years worth of experience “trained” and in different conditions.

Coordinated with 6,144 CPUs and eight powerful powerful Nvidia V100 GPUs  controls the hand motors in order to achieve optimised movement. Dactyl has  24-joint robotic hand modelled after a human hand, instead of the claw or pincer.  The robot will be mounted in a robot arm ( ex. KUKA)  for industrial applications.

“Even for a human, it takes a couple of years, and humans have millions of years of evolution to have the learning capabilities to operate a hand.”

In a simulation training is accelerated, this takes on the order of thousands of years to train the algorithm. But this only takes a few days because it’s using paralleled training. 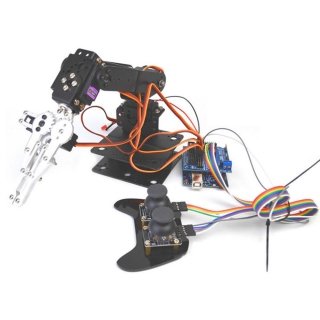