Petoi launched their new robot dog “Bittle”:  this new robot came from the previous worldwide success of Nybble robotic kitten & the experience from the OpenCat Project.

This lightweight quadruped robots can walk in your home ( or your desk), be your watchdog , be your friend or you can use as robotic platform to run your code and make it move like Spot or MIT’s Cheetah robots.

It looks like a mini version of the Boston Dynamic’s Spot  with the yellow/black colour pattern and way cuter!

The robot has a body size of 20cm x 11cm x 11cm , and weighs less than 280g , it uses x9 high quality   P1S Coreless Servos motors ( +1 additional as spare unit) for smooth and precise movements. The brain of Bittle is NyBoard v1 ( for normal usage)  or BiBoard V0 ( more powerful,  for developers )

Petoi Bittle is a tiny but powerful robot that can play tricks like real animals. We fine-tuned every bit to fit agile manoeuvrability into a palm-sized robot pet. You can bring Bittle to life by assembling its puzzle-like frame and downloading our demo codes on GitHub.

OpenCat started as the founder Rz Li’s pet project in 2016. After the demo video went viral in 2018, he devoted all his time and resources to bring this sophisticated and cute robot to the public. He founded Petoi and successfully crowdfunded the Nybble project in 2018. All the earnings have been put into the fulfilment of Nybble and the R&D of Bittle. 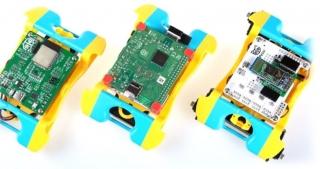 Bittle can be “modded” and expanded , using a 3D printer you can change its design and print a different head for example, make longer legs or create an adaptor to add your own circuit board.  It also can use external sensors compatible with Arduino 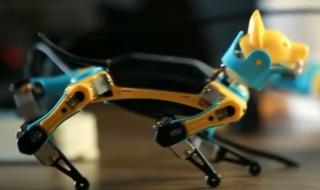 The  Official campaign  is now live, the early bird bakers have the possibility to bring home their own Bittle robots for a little as 195$ ( excluding shipping)  with perks like Wifi and Bluetooth Dongle